In less than two hours we’ll be LIVE on The Calling (https://www.thecallingradioshow.com) on http://www.para-x.com!

Tune in tonight at 7 p.m. CST – 8 p.m. CST and join us in our free chatroom! C’mon on, everyone let’s have some fun!! Host, Jerry along with co-host, Allan and I are gonna be chatting up some weird topics all about the paranormal! Can’t wait, it’s gonna be an awesome show!!

Hey everyone remember to tune in tonight and join us in the free chatroom on http://www.para-x.com! We’d love to hear from ya!!

It’s gonna be an awesome show!!!

Ok, everyone’s heard of Casper the Friendly Ghost, right? You know, the cute transparent guy who floats around through walls? If all the hauntings were as adorable as him, then that would be pretty amazing and all the little kiddies wouldn’t be so afraid of the things that go bump in the night.

Well, let’s take a step back and face reality here. Some hauntings can be pretty frightening and down right mind-numbing. Did you know that there are actually two known types of hauntings? Yes, intelligent and residual…

An intelligent haunting is when the spirits can interact with the living, a type of energy that DOES have consciousness. These spirits may find ways of communication much like the ways discussed in my previous blog titled, The Afterlife ~ A Corporeal’s Transition, or the spirits can often communicate through the use of a voice box; a tool that is used to collect electronic voice phenomena (EVPs)……….

The second type of haunting is known as a residual haunting. It’s more like a supernatural experience that resembles a recording of past energy. For instance, like hearing footsteps walking down an empty hallway when no one is there. It’s believed that in a location where someone has released a large amount of energy or heightened emotions were experienced and the energy attaches or “imprints” itself. As a result of the abiding energy, individuals in the future may get to experience seeing a type of “recording” of these events. Some signs of a residual haunting may be the absence of interaction from the spirit. As if the spirit doesn’t acknowledge the presence of the living person. The spirit will almost seem totally oblivious to anything that’s occurring in it’s presence.

I’ve actually encountered both. Read more at Intelligent & Residual Hauntings: What Are They?

Well, the exciting big weekend is almost here and I’ve been super busy getting all my things together to make the trip to Wheeling, West Virginia to be a vendor at Society of Supernatural Mountain State Supernatural Convention!

This will be the first annual event presented by Society of Supernatural! It’s going to take place this Saturday, June 16, 2018 at the Wheeling Island Hotel Casino in Wheeling, West Virginia from 11 a.m. – 10 p.m. General admission is $10 and the doors will open at 11 a.m.

“The event is open to all, however YOU MUST BE 21 years of age to enter the Wheeling Island Casino gaming areas.”

Friday night, June 15th, there will be a GOLD VIP Private Meet & Greet Gathering at the Bellaire House. For more info about the awesome meet and greet please visit thebellairehouse.webs.com.

As I’ve mentioned before in a previous post, “Bookmarks, Signed Copies & Ghosts…. Oh My!!!”, I will be there with signed copies of my novel, The Spirit Within! I am definitely looking forward to attending and we hope to see you all there! We can’t wait to meet you!

For all you paranormal enthusiasts interested in the event, please visit Society of  Supernatural Mountain State Supernatural Convention or thebellairehouse.webs.com

It was AWESOME!!! The 2017 Gulf Coast ParaCon at the Beauvoir (last residence of Jefferson Davis) was a phenomenal event! We started off the weekend on Friday night with the 80’s themed “Meet & Greet” ball. It was so much fun seeing everyone dressed in “totally rad” clothing! Some people were decked out in bright neon colors, while others were wearing classic, concert T’s. There was even a costume contest where the winner was proudly sporting “Hulk Hogan” attire. I, myself, wore black sport leggings with a pink and black leopard print shirt, and a black and white zebra printed frilly jacket. For accessories, I wore a long, thin black sequenced ribbon around my neck, a big black lace bow in my hair and pink, glitter jelly shoes. And we cannot leave out the music that was played! Guns N’ Roses, Madonna and Bon Jovi, just to name a few. Everyone had such a great time!

Then, on Saturday people attended the event to see all the various vendors and their fantastic and unique displays of merchandise. There were tables set up with beautiful artwork, and some tables that were displayed with lovely, handmade crystal and natural stone jewelry (One where I bought a simple band ring made of rose quartz that I immediately fell in love with!). Other tables had vendors selling cool, paranormal t-shirts and hand-crafted items.

I was there as a vendor selling signed copies of my novel, The Spirit Within where I met some pretty amazing new people who were eager to read my book.

Also as guest speakers for the day, included paranormal investigators, psychics and so much more who were at this exciting event. They were impressive individuals who kept the conference room full of enthusiastic people. Paula Westbrook, Keith Age, Kevin Betzer & Randy Hardy, Mary Millan “Bloody Mary”, and April Roare were some of those fascinating guest speakers!

Later that night, many of us gathered together to conduct an exclusive paranormal investigation of the Beauvoir. We were separated into five groups that all started off investigating at different locations of the property. The group that I was in started in the cottage where we actually heard a couple of very distinguished evps. After the K2 EMF Meter began to light up, someone from the group asked if the spirit was Jefferson Davis. A very clear “no” was heard on the Ghost Box. Then, after a few minutes passed and unanswered questions from our side, the K2 EMF Meter lit up some more. Another member from our group asked if the spirit wanted us to go, and after a moment passed, a very clear “leave me”, followed by “please” was heard on the Ghost Box. We respectfully left and headed to other locations throughout the property, including a Confederate cemetery, the Presidential Library & Museum, and the beautiful Beauvoir House. We didn’t capture much of anything else paranormally, but someone from another group said they had been touched by a spirit in the library.

I was given a thermal gun to use during the investigation, but didn’t witness any significant fluctuation. We were told that the paranormal activity at the Beauvoir is quite active, however there are times when things are a little more quiet than other times.

The entire weekend in Biloxi was a ton of fun! I got the opportunity to meet a lot of interesting people, including the awesome members of the SPARS Paranormal team who hosted The Gulf Coast ParaCon. Not only did I have a great time, I also learned so much paranormally and historically!!

I absolutely loved it and can’t wait to return!!!! 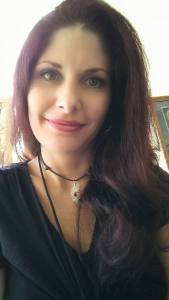 My vendor table where I sold signed copies of my novel, The Spirit Within.

By now I’m sure that many of you have heard about the tragedy involving EVP researchers, Mark and Debby Constantino. Sadly, they died yesterday. Here is the link where more information can be found about the shocking discovery. http://www.ktvn.com/story/30090514/sparks-high-on-lockdown-as-police-work-critical-incident-related-to-reno-death-investigation-6

Such a devastation that still leaves me in a state of disbelief. I’ve been a huge fan of theirs for a long time. Mark and Debby were both respected and well known in the paranormal community. Together they made appearances on Ghost Adventures and Paranormal State where they assisted with investigations. The Constantinos shared so much wisdom and insight that will never be forgotten.

According to the police reports made, domestic violence played a horrific part in their marriage. Something that is absolutely heartbreaking to discover. My heart goes out to the Constantinos and their loved ones. Mark and Debby will certainly be missed….. 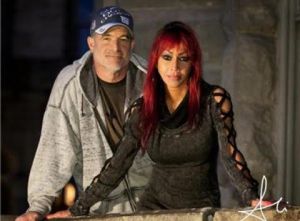