This past Thursday I hosted another wonderful speaking event. Met some great folks with extremely inquisitive minds. The interactions were absolutely phenomenal! People were taking notes as well as offering their own insights. The energy in that meeting room was definitely intense. What an awesome feeling! A beautiful lady even shed some tears as she recapped her personal life.

The day started off with some pretty heavy rain, but that didn’t stop the people from attending. Each speaking event that I host is entirely different, just like snowflakes, there are no two that are alike. As with other events, we discussed the different types of hauntings (residual and intelligent), shadow people and the sensitivity of animals with spirits, but this time, we discussed more about spirit guides and other protective beings. One individual opened up about some rather troubling moments in their life when they were just a small child and how this person started seeing a gray mist that would occasionally make its presence known. I asked this individual if they had ever seen anything of the sort prior to the troubling moments and the person said no. Then, I asked if they ever experienced any malevolence from the gray mist and did anyone else see it as well? The person again said no, that they were the only one to see it and since that young age, the person hasn’t seen the gray mist anymore. The individual said that the house they were raised in was an old farm house. The individual did state that the family dog would growl in the gray mist’s presence and even at one time, this person felt the blankets being pulled when they were in bed, but nothing more than that happened. The origin of the gray mist was never determined. Like the person said, they never felt any malevolence from it. So, who knows what it could have been? Perhaps a protective spirit watching this individual when they were a child in a time of need?

We also discussed the power of positive affirmation and supernatural abilities like natural healing, clairvoyance and of course, being an empath. Plus, how to open the channels to accepting the gifts that we are given and not to be afraid of them. I always recommend meditation. I truly believe it helps relax the mind and strengthen the spirit within us. Meditation has helped me out a lot. One person who attended the event laughed and said that meditating makes her fall asleep. Everyone in the room assured her that it was ok and it was her body’s way of telling her that she needed the rest. I must admit that I’ve nodded off during meditation, too. I know lots of people have and it’s perfectly ok.

Another topic we discussed was the Akashic Records and how Edgar Cayce referred to them during his readings. To discover that the majority of the group was already familiar with this subject was quite impressive, I loved it! Tarot, runes and tea leaves were other “reading” methods brought up during our discussion and so was the pendulum.

The speaking event lasted two hours and every minute of it was beyond awesome! The interactions weren’t only informative, but entertaining as well!!! 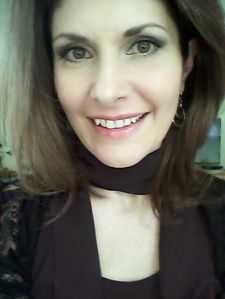 Dreams come in many forms. For some people, dreams occur like random flashes of broken images while other individuals may experience visuals that are in-depth with extreme detail. Many people dream in various shades of black and white, and others dream in vivid colors. Dreams are as unique as the individual who has them. There are even people who claim they don’t dream at all. Some dreams can have such an effect on us that they may linger on our minds for days. However, some can become easily forgotten within minutes upon us waking.

And yet, there are those of us who have dreams that are more than mere fantasy. I’m speaking in regards to premonitions like the ones that I have. When I get premonitions, they happen like reoccurring dreams. Often, I will have them over a matter of weeks and more extreme ones have happened over a matter of a few years. For me, these reoccurring dreams (or premonitions as I like to call them) don’t cease until they actually happen in real life. Occasionally, I will get a premonition only once just prior to it becoming real.

Do I consider myself a seer? Absolutely not. I’ve never experienced visions like those reported by Michel de Nostredame, Edgar Cayce or even Sylvia Brown. I don’t even have visions on a regular basis. They’re not something that I can easily pull out of thin air either.

Some of the earliest premonitions that I can recall happened back when I was a little girl in elementary school. The visions weren’t anything epic, but nonetheless, they were still something to me. I could “see” events happening in advance and other similar things. Like I stated earlier, my premonitions occur during dreams. I, like everyone else, have ordinary dreams that aren’t premonitions. It’s easy for me to tell them apart. All my dreams and premonitions come to me very vividly and realistically. However, with my premonitions I get a feeling that’s kind of hard to explain. The best way for me to describe it would be to say that when I get a premonition dream, the vision is accompanied by an intense sense of “knowing”.

When I was a kid I wouldn’t speak about my visions, but as I got older, I would randomly say little things to my friends and they would be like, “how did you know?”. I would simply shrug my shoulders and laugh it off, being very nonchalant about it. Do I take my premonitions lightly? Of course not, but I don’t shy away from them either. I welcome them and always listen to my intuition.

Recently I watched the classic 1987 vampire film, The Lost Boys. Great cast, awesome storyline and a killer soundtrack! I was just eleven years old when I first watched it on the silver screen and it was at that young age when my fascination with the fanged creatures emerged.

The Lost Boys, a group of reckless youths embracing their immortality that try their best to recruit an unsuspecting newcomer into their bloodthirsty ranks. Reluctantly he resists, but with a struggle so defiant that he almost gives into temptation. The forces of good and evil battle it out with a nail biting ending that’s sure to satisfy the hunger of any horror fan.

I have honestly watched this movie so many times that I’ve seriously lost count. But every time that I watch it, it’s like watching it for the first time all over again. I loved the eccentric grandpa, especially when he used Windex as aftershave right before he left to go out on a date with the widow Johnson. That scene cracks me up every time! The grandpa even said one of my favorite movie quotes… “One thing about living in Santa Carla I never could stomach; all the damn vampires.”

However alluring these creatures of the night may seem, romanticized by some of Hollywood’s finest, in the paranormal world a similar creature has been reported to exist.
It’s often referred to as an “energy vampire”. Unlike its popular counterpart, the energy vampire doesn’t have pearly white fangs that are waiting to pierce the warm flesh of its victims to taste the crimson nectar that we call blood. These preternatural beings are said to appear as shadows without any definite shape or form. How they “feed” is by finding a host (someone that the energy vampire can psychically latch onto) and drain the individual of their energy. This supernatural creature can emit negative energy that weighs its victim down emotionally, mentally and physically. Their victim can experience a great deal of exhaustion, possibly a lack of appetite and even depression that can become so intense through time that professional help may be required.

Having a positive mindset will strengthen one’s well-being and a fierce belief in one’s inner light can easily negate anything that’s negative. There’s an ethereal beauty that resides in the light within us and there is nothing that can darken our will power as long as we remain strong!