This next topic is often bit of a controversial one due to different beliefs. It is never my intent to offend anyone with what I write, but I do believe that having an opened mind is key to understanding the unknown.

Now, the subject of reincarnation is one that I find to be extremely interesting. Do I believe in it? Absolutely, 100%! What exactly is reincarnation? It’s when a spirit/ soul is born again. After an individual dies, their spirit/ soul is reincarnated into another living body. A “rebirth”. Many believe that the reason for this is to learn from one lifetime to another, taking with us knowledge that will help us to achieve higher wisdom.

As crazy as it may sound, I actually have memories of some of the past lives that I’ve lived. These memories (as few as they are) are as clear as the ones that I have from this life. I know this sounds absurd, but I have strong connections with the eras from which my recollections come.

For instance, a few years ago I was at a book signing for my novel, The Spirit Within when I was approached by a lovely elderly woman (for which I wrote the article “A Curious Encounter”) who told me that she could “see” things that others couldn’t. Then, she proceeded to tell me that I used to be a white witch. I gently smiled at the beautiful face and replied, “I know” right before she walked away. And I honestly did know what she was talking about, even though to carry on such an intense conversation with her wouldn’t have been prudent at the time. However, I would have loved to have done so because she seemed truly inspiring.

But in regards to which she was referring to, I knew very well. It was late 1600’s, time of the witch trials. I was a single female in my mid- twenties and considered a healer among the community. I don’t remember exactly how it all transpired, but I was eventually wrongfully accused of working with dark magic. My last memory? Hanging in the tree just before I died and looking down at all the ones who sought out my help before the panic of ignorance changed their minds. I also remember my clothing, down to the very minute detail, from my brown dress to my shoes and even my long hair.

Then, there was the life when I was a male soldier in the U.S. Army during World War II. I have such a strong attachment to that time, including the music for which I absolutely love! I died after being shot out in the field. It was pouring down rain, my Army fatigues were soaked and muddied, and I fell face first into a fox hole where I drowned in a deep puddle.

There are a few more memories I have, including when I was a very caring nurse in a hospital at the turn of the 1900’s. These are all pretty intense memories, but they’re definitely mine. If you have any recollections of reincarnation, I’d love to hear about them. Let’s open up and share!

Here are a few great articles that I found to be rather interesting…. had to share! 😉

Past Lives: 11 Signs Your Soul Has Reincarnated Many Times

Have You Walked This Earth Before? 6 Signs of Reincarnation

10 Signs Your Soul Has Reincarnated – Power of Positivity

On a bed of roses she lies

as the vampire drains her, she dies.

Drinking her blood, drop by drop,

tasting her crimson as her heart stops.

He feels the essence of her very soul

leave her body while she turns cold.

Then, the embodiment of Death comes to take her over.

The vampire has become her final lover.

The Grim Reaper reaches for her hand

to take her away to Purgatory’s land.

She looks up into his dark, hollowed eyes

then looks back at the vampire to say her goodbyes.

He returns her gaze as she drifts away,

longing for just one more moment for her to stay.

But her time has come for her at last.

It will no longer be present, the time will be past

as the reaper takes her away,

alone the vampire must stay.

and tune into us LIVE on The Calling every Wednesday night at 7 p.m. CST – 8 p.m. CST and join in the free chatroom at www.para-x.com! 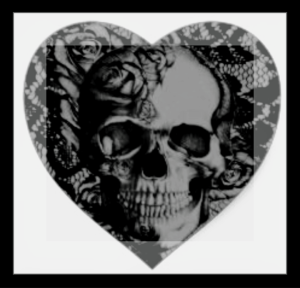 Like Loading...
Hey, everyone! If you’ve missed any of our exciting episodes, no worries! All you have to do is click onto this sweet link to get your fix of The Calling!
Tune into us LIVE every Wednesday night at 7 p.m. CST – 8 p.m. CST and join our free chatroom at http://www.para-x.com!
https://www.thecallingradioshow.com/

Hey everyone remember to tune in tonight and join us in the free chatroom on http://www.para-x.com! We’d love to hear from ya!!

It’s gonna be an awesome show!!!

Last week my husband and I were attending another one of our son’s football games (we won, by the way, 30 – 17… just sayin’! *happy dance*  Woohoo!!!) While sitting in the stands, my attention got distracted from a few levels down below on the bottom bleacher. I was watching my son’s game when all of a sudden this light brown, rather large moth kept fluttering around and walking back and forth as people passed it by. As focused as I was on the game, I couldn’t help but to keep looking at the bug. It was like I was oddly fascinated by it, drawn to it in a creepy way. It kind of made me feel like Renfield, but without the bug crunching appetite. *thank goodness!*

Notably known as “The Fly Man”, R. M. Renfield is a fictional character from the widely renowned horror Gothic novel, Dracula written by Bram Stoker in 1897. Under the care of Dr. Jack Seward and his insane asylum, mental patient Renfield falls victim to the alluring spell of the infamous Count Vlad Dracula.  “The vampire, whose abilities include control over animals such as rats, bats and spiders, comes to Renfield with an offer: if Renfield worships him, he promises to make him immortal by providing an endless supply of insects and rats, as Renfield believes that blood is the source of life.” ~ https://en.wikipedia.org/wiki/Renfield

Anyone familiar with this iconic story knows that Renfield likes to munch on insects, like a movie-goer with a tub of popcorn. *Eeeww… sorry, I had a brief shudder moment just thinking about it.* As grotesque as it sounds, according to Stoker’s famed novel, Renfield honestly did believe it gave him immortality.

Now we all know that this is not true, but there actually is a medical condition referred to as Renfield’s Syndrome. It’s also known as Clinical Vampirism which is the obsession with drinking what? BLOOD! (Insert theatrical sound effects here…. *bum bum BUMMM!!*) That’s right! The act of people really doing this is nothing made up.

“The earliest formal presentation of clinical vampirism to appear in the psychiatric literature, with the psychoanalytic interpretation of two cases, was contributed by Richard L. Vanden Bergh and John F. Kelley in 1964.[1] As the authors point out, brief and sporadic reports of blood-drinking behaviors associated with sexual pleasure have appeared in the psychiatric literature at least since 1892 with the work of Austrian forensic psychiatrist Richard von Krafft-Ebing. Many medical publications concerning clinical vampirism can be found in the literature of forensic psychiatry, with the unusual behavior reported as one of many aspects of extraordinary violent crimes.[2][3][4]” ~ https://en.wikipedia.org/wiki/Clinical_vampirism

Wow! With that being said, upon doing research I discovered that those who have Renfield’s Syndrome include a variety of people. Some are happy to make public their “need to feed”, while others are extremely private about it. Even some serial killers have been known to have this blood-thirsty condition.

Richard Chase, a.k.a. “The Vampire of Sacramento” (California), killed six people in one month. He ate from their flesh and drank their blood. In December 1980, he committed suicide in his prison cell. He overdosed on the anti-depressant medication prescribed by his doctor that he had been saving up for quite some time.

Fritz Haarmann, a.k.a. “The Vampire of Hanover” (Germany), killed at least twenty-seven people. He committed many of his murders by biting through his victims’ throats. In April 1925, he was executed by guillotine. His last words? “I repent, but I do not fear death.”

Peter Kürten, a.k.a. “The Vampire of Dusseldorf” (Germany), killed at least nine people. It was reported that he drank the blood of several of his victims. In July 1931, he was executed by guillotine.

Roderrick Justin Ferrell, a sixteen year old who claimed he was Vesago, a five hundred year old vampire. He joined a group of teenagers that referred to themselves as “The Vampire Clan”. In 1998 Roderrick became the youngest person to be put on death row in the United States. He was found guilty of murdering a couple in Florida. Since his conviction, his penalty has been reduced to life in prison without the possibility of parole.

And this last one….. not a serial killer, but still a very disturbing story!

James P. Riva, a.k.a. “The Schizophrenic Vampire”, a deranged individual who claimed that he was a seven hundred year old vampire. In April 1980, he stabbed his elderly grandmother in her heart and then shot her four times using bullets that he had painted gold. Prior to setting her house on fire in a poor attempt to cover up his heinous crime, he drank her blood. In 1981 James was sentenced to life in prison for second degree murder and arson in Marshfield, Massachusetts.

As fascinated as I am by the whole idea of vampirism that has been romanticized by the Gothic era and Bram Stoker’s amazing novel, Dracula, I would never justify any such act as the above mentioned by the twisted individuals that harbored such a horrific darkness in their hearts. What they did was completely unfathomable.

But…. Do I love a good vampire tale? Of course I do! I mean, come on…. I recently wrote a short story titled, My Phantom Traveler based on the lore. One of my all time fave films is The Lost Boys! Still love the grandpa in that movie, he cracks me up every time I see it! Him using Windex as aftershave when he went to see the old widow Johnson…. lol…. crazy stuff!

So, do vampires really exist or is it all just folklore? For those who have Renfield’s Syndrome, it’s pretty real to them……

Hmmm….. a little something to ponder while sinking one’s fangs into their next meal…. *thinking to myself as I run my tongue across my naturally pointy teeth.* (and yes, I’ve often been told that my pearly whites resemble those of the fanged creatures.)