Can you tell us a little about yourself?

I was born in Upstate New York and moved to Boston with my family when I was 11 years old. I graduated from Lynnfield High School and attended Bentley University while working full-time at an engineering firm. I am now a real estate agent. I do many private investigations with local teams in the area and I also appear at events. I have two children, Angelina and Nico.

I became interested in the paranormal because I experienced many strange and unexplained things growing up. I finally began to research the paranormal in my mid 20’s when my family and I had many scary experiences in the house we were living in at the time. It got to be so bad I was afraid to go into the house alone not knowing what was going to happen next. I decided to start investigating with my friends and eventually formed a team. I wanted to help others who were experiencing paranormal activity so that they would be comfortable living in their homes.

You’re a paranormal investigator on SyFy’s television series, Ghost Hunters. How did this get started for you?

I met Jason Hawes, and other T.A.P.S. members, many years ago at paranormal events and we have remained friends ever since. I was recommended, then interviewed, then I started.

In your opinion, what’s the most frightening case you and the team have investigated on the show?

There was no case that I investigated on the show that made me ‘frightened’. I, however, had many crazy experiences but I personally never felt threatened by any of them.

Has anything ghostly ever followed you home after an investigation? And if so, how did you deal with it?

I’m not positive if the spirits that I had at home are the same ones that came home with me from an investigation. I don’t investigate my own home to see who they are. If there is anything going on then I usually just ask them to move along, respectfully of course. There was one time where I did need help to get rid of someone who didn’t want to go. But otherwise, I always tell them that they are not allowed to follow me home right after the investigation.

What’s your favorite piece of paranormal equipment to use and why?

My favorite piece(s) of equipment is the Thermal Camera and the Night Vision Full Spectrum Video Camera/GoPro and a voice recorder. I have had great True results with these pieces.

How do you prepare yourself for a case? Do you practice a particular method or routine?

I always say my prayers and ask for all of my Angels to help me and guard me from any harm.

The event that is open to the public and still has tickets available:

– June 24 in Coventry Rhode Island, I will be at the Paine House.

Any positive words of advice?

I always say ‘it is what it is’ if you can’t change it then learn from it and move on. I also believe in Karma, be nice and have a positive attitude and you will receive this in return.
Follow me:
Twitter/Instagram: @sharimarie826
Facebook: @sharim.debenedetti
Facebook Page: @sharimarie826 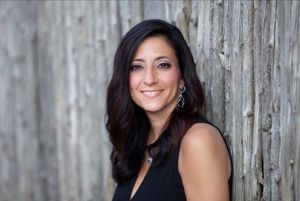