When I was growing up, in my family’s home we had a china cabinet with glass doors and three shelves on the top level. On the bottom level was a wooden section with doors that could be used for storing small things. This attractive piece of furniture was full of delicate chinaware and other ornate objects that had been collected throughout the years. I remember white dishes beautifully decorated with red intricate design and on the center shelf, just about at eye level, sat two pilgrim looking figurines. One boy and one girl that held primitive fishing poles in their hands. My mother had them proudly displayed facing out for all to see.

So, what’s the significance of these two commonly dressed figurines and why did they make such a lasting impression in my memory? It wasn’t due to their simplicity, nor that my mother cherished them, but rather it was because of what occurred randomly without explanation.

As I said earlier, the boy and girl figurines would always be displayed facing out, but on occasion without any definable reasoning, we would find these two turned completely around, facing inward with their backs to us. Upon questioning, no one knew how it happened. At first, we basically brushed it off until it happened a few more times. It wasn’t a nightly thing, not even something that we would wake up to on a daily basis, but it still happened and we were totally baffled by it.

We tried debunking the phenomenon by coming up with plausible rationalizations, but nothing proved conclusive as far as logic could explain. The boy and girl figurines would be perfectly placed looking outward, but for some strange reason, we would randomly awake to them turned backwards as if on purpose. And each time it happened, never a sound was heard, nor did the atmosphere change. Also, no one was ever afraid, nor felt any kind of malevolence.

We did not live in a haunted house, let me make that clear, but those two figurines simply could not be explained. Perhaps it was a simple gesture from the other side with just enough presence to make itself known… 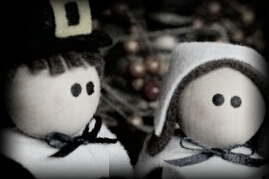 18 thoughts on “The Figurines”