Today I’m welcoming actor, Brad Greenquist. His creative skills have landed him on the big screen as well as television and theater. Thank you, Brad for stopping by!

Sheila ~ Tell us a little about yourself.

Brad ~ Well, I’m an actor.  I’ve been in a lot of films, lots of TV episodes and I do a lot of theater in Los Angeles.  I’ve been acting professionally since 1977 (I have the first dollar I earned as a performer framed on my wall!  It was from street mime!).  I also directed an award-winning film back when I was 19 years old.  Won best film and best acting awards at a Super-8 film festival in Washington D.C. in 1979.  Currently I also teach acting classes here in L.A. — teaching students how to work with the camera and the demands of Hollywood.  And I train in the martial arts — Kempo.  Very cool!  And tonight (Nov. 8) I’m going to a premier of a film I shot a year or two ago called “Realite.”

Sheila ~ What started your career for you?

Brad ~ I suppose it would be Boris Karloff in the 1931 James Whale film of “Frankenstein.”  I saw that when I was a kid and I was hooked on the Universal Studios gothic horror for a while — Frankenstein, Dracula, Wolfman… all of those.  I really enjoyed being scared… and those films at that time were a relatively safe scare for a kid.

Sheila ~ You played the character of Victor Pascow in the hit film, Pet Sematary, a story written by Stephen King. What was it like playing the role of a ghost?

Brad ~ Well, you know, I never really saw Pascow as a ghost.  I saw him as a guardian angel, because he’s trying his best to help everyone.  The only scary thing about him was the bloody brain, really.  But playing a ghost, an angel, or any being from the other side — it’s great because as an actor you can really do anything.  For my preparation I watched a lot of Stephen King movies and read a few of his novels, as well as reading collections of ghost stories.  Some of the true-life ghost stories were REALLY scary! — about actual ghost sightings and communications from the other side.  Very scary!

Sheila ~ When it comes to the paranormal, are you a skeptic or a believer?

Brad ~ I don’t really have an opinion.  I certainly don’t disbelieve, but I keep it all at an arms distance.

Sheila ~ Would you consider yourself a paranormal enthusiast?

Brad ~ No.  Could become one very easily though!

Sheila ~ Have you ever had any experiences with the ghostly realm?

Brad ~ Yeah.  Too frightening & strange to talk about!

Sheila ~ What was the scariest thing you’ve ever witnessed?

Brad~ Too scary to talk about!  Sorry!

Sheila ~ You’ve also acted in other impressive films like The Lone Ranger, Ali and Water for Elephants. Do you have a favorite role that you would like to share with us?

Brad ~ Yeah… one of my favorite roles was in a small film called “Across the Hall.”  It was a noir thriller, low budget, great fun to shoot.  I had a very odd role of the porter of an old hotel.  I thought the movie was really terrific, but it didn’t get much of a release either theatrically or on DVD.  Other favorites are Water For Elephants, Inherit the Wind, The Yearling, and my first big film, The Bedroom Window.

Sheila ~ Are you currently working on any new projects?

Brad ~ Believe it or not, I’m trying to raise funding for a feature I’ve written and want to direct, called “Ghost Light.”  One guess as to what it’s about!!

Brad ~  As an actor?  Train train train!  Work as much as you can in as many mediums and genres as you can.  Film, TV, Theater, all of it!  And whatever you do, don’t give up! 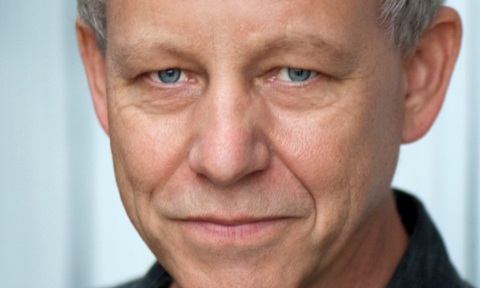 5 thoughts on “Interview with Brad Greenquist”